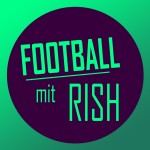 Manchester United triumph in a difficult clash against 14th placed Crystal Palace in the Premier League, in a bid to keep their Top 4 hopes still alive.

It was a big game for United in terms of the race for the Top 4, and I have to admit I was really nervous before the start of the game.

Not to mention the fact that when I saw Fosu-Mensah starting at the Left Back role my nervousness got doubled, because Fosu-Mensah last played in a premier league game more than a year ago at the start of 2019.

The game itself began with thrill right from the kick off with Wilfried Zaha nearly opening the score in favor of Crystal Palace in the 1st minute itself with a very good effort, only to be saved by De Gea.

In fact, the first 20 minutes I would say United really had a hard time in developing any kind of rhythm in the game, Palace was pressing hard like you would expect them to do at Selhurst Park, and also their counter was swift and dangerous.

Fortunately, right before half time, Marcus Rashford opened the scoring for Manchester United and gave them a comfort going into the 2nd half.

And unlike against Southampton a few days ago, this time we did not come with a mood to defend a 1 goal lead in the 2nd half, rather to double it.

And that is what you expect from a team like Manchester United with such good players.

Around the latter stages of the 2nd half, a brilliant link-up play in between the trio of Bruno Fernandes, Marcus Rashford and Anthony Martial resulted in a final nail in the coffin as Martial curled in a 2nd and final goal of the night for Manchester United.

As much as I loved the performance of Martial, Rashford and Bruno, one just simply cannot ignore the importance of David De Gea in goal last night.

He made not 1, not 2, but 5 important saves last night, keeping United’s clean sheet intact.

And I have been saying it ever since the start of the restart post-lockdown and *that* Tottenham game, that the criticism De Gea has got lately is far from deserved.

We have been so obsessed with De Gea’s inhuman performances that now even a few mistakes make us think he is past his prime, which is absolutely false.

Everyone makes mistakes and has a bad patch at some point of time in their career, and De Gea is also a human and entitled to it, but the way he performed last night saving Manchester United repeatedly is tremendous.

How the Top 4 stands:

With just 2 games remaining for this season, it is now right till the last game of the season in terms of the race for the Top 4.

And with United’s last game of the season against Leicester City, I think it is going to be a real treat for fans around the world.

What’s next for United?